I work with Joy and a few weeks ago her and Frankie got married. Congratulations to Joy and her husband Frankie! I just love this photo, don't you? 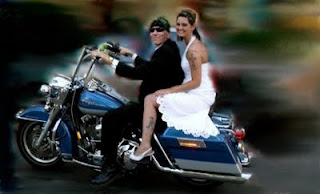 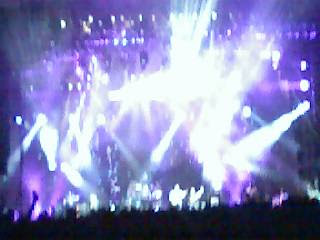 Can u see Dave?

This message has been sent using the picture and Video service from Verizon Wireless!

To learn how you can snap pictures and capture videos with your wireless phone visit www.verizonwireless.com/picture.

Note: To play video messages sent to email, Quicktime@ 6.5 or higher is required. 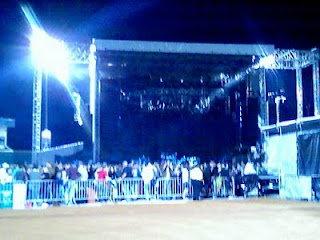 This message has been sent using the picture and Video service from Verizon Wireless!

To learn how you can snap pictures and capture videos with your wireless phone visit www.verizonwireless.com/picture.

Note: To play video messages sent to email, Quicktime@ 6.5 or higher is required.

To say that I'm outraged is an understatement on this latest motorcycle fatality. Twenty three year old Orlando David Rodriguez and his Twenty five year old brother Santos Vidal Rodriguez left Casey's General Store without paying for $27 in gas. As they fled the scene in their SUV they hit Bruce James Mundy on his motorcycle. Mundy was pronounced dead on arrival to the hospital. My heart goes out to Master Sergeant Mundy's family and friends. My heart breaks each and every time a fellow rider is lost.
Posted by IHG at 7:13 PM 7 comments:

I was really missing my sister and her family so we decided to ride up to Dyersville in North East Iowa with an out of the way detour to Galena, IL and Dubuque, IA. We got on the road and made our way to Galena, IL. We arrived there around 1pm and of course stopped at the Harley Dealership. We missed the turn and ended up turning around in a gas station parking lot. There were a group of Harley riders relaxing behind the gas station and they were laughing because Dan kept saying...where is the Harley Dealer...I'd say right over there...he said...I'm going to ride down this hill here to get over there. Looks like a good short cut. I yelped...nooooooooooooo...and all the guys behind the station busted out laughing.(I know...where is my sense of adventure, huh?) Well we did go back to the road and drove around to the dealership. Nice place, very tiny. After hanging out at the HD Shop we jumped back on the bike and road to tourist central in downtown Galena. If you don't get there early you have a difficult time finding a place to park. We finally found one and left ZP all alone while we got some lunch and walked around this historic town. Everyone was all curious about this bright red Ferrari. I really could have cared less. I did think it would be funny though to jump in it and take off since I was wearing a Jack Daniel's doo-rag and biker clothes. I think Galena would be a great place for a biker only weekend. It reminds me a little of Deadwood...historic and plenty of bars.

We spent about 2 hours or so in Galena and decided to get back on the road toward my Sister's place in Dyersville. We made a stop in East Dubuque, IL and Dan told me it just wasn't the same there. All the party places and strip clubs were gone. LOL Good information, huh? Funny. We road down by the river and hung out there for a while watching the the boats and the people fishing. Thought of LadyR as we were sitting there. DBQ is her hometown as many of you know.

After about a 1/2 hour or so we were back on the road heading to Dyersville. We hung out with my sister and her family that night. I had totally forgot that the Fireman's Convention was in Dyersville and lucky for my sister and the family it was right across from their house. We sat and watched the firemen that had already set up camp, ride around on their vintage fire trucks and party. From what my sister told my mom it was one noisy event all week long and I'm sure they are glad they have left. I think it might have rivaled a motorcycle rally.

Monday Dan wanted to journey through his families past so we road through Colesburg were we got a pix of the ever famous Willies Restaurant and the home of the Willies Whopper. We road by Dan's grandparent's farm(the Maiers), took pictures of corn, and found the school house that Dan's father went to school at. We were lucky that the gentleman that had the old school house on his farm was outside so we were able to walk around and look at it up close. It's pretty run down but it's amazing that it's still there since it was built in 1862. Dan was behind the school and I was walking around looking at the pretty purple flowers that were growing all over the pasture when I heard a noise. I looked over and there were cows coming at me. I started yelling at Dan...Cows...Cows...let's go there are Cows coming. We got out of the gate just in time. I know they wouldn't have down anything to us but there were quite a few. And being more of a city girl then a country girl...I didn't want to find out what they would do.

Monday was really an awesome weather day. It was fun riding through North East Iowa. We stopped in Oelwein for lunch. Dan road out to where he had dj'd back in the day at KOEL and then we road out to Hazelton to the cemetery that Dan's Gram and Grampa Werner are buried. His folks will be buried there too someday, hopefully not anytime soon!

We had a great weekend riding and hanging with my sister, Tim, and Sydney. We saw amazing things along the way. North East Iowa and Galena are very beautiful places to visit. There are rolling hills, bluffs, and the Mississippi River. There is definitely a lot to do up North. Hope that you all can visit sometime! If it works out we might even ride up and show you around!

I've created a slideshow of the trip. The cute little girl is my niece Sydney!

Season 2 Time for More Bad Boy Action!!! SOA is back!

OMG...I can hardly wait! It's time for Tig and the gang from SOA to start another Season of Sons of Anarchy!

Make sure you visit http://www.rippin-kitten.com/ for all the dirt on the show. Lizzie has been covering the Sons of Anarchy since Season 1 began. She has all the inside scoop about our favorite Bad Boys and Girls!
Posted by IHG at 6:11 PM 5 comments:

This morning on my way to work the very first song I hear is Talk Dirty to Me by Poison! I was teleported back to the first time I ever heard that song and I was instantly jamming in my car.


The next song that comes on the radio is Skynyrd...Sweet Home Alabama! I'm in heaven I tell ya!!!


And the final stretch of my trip I got a little Nickelback and the song Something in Your Mouth.


Thank you Mr. DJ for making my drive to work so great! I didn't have any road rage on this trip because I was too busy singing! :)
Posted by IHG at 6:17 PM 11 comments: