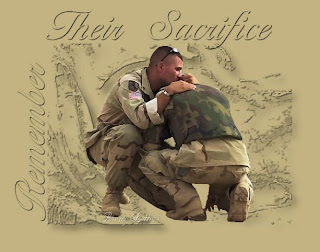 Troop A, 1st Squadron, 113th Cavalry is based at Camp Dodge, Johnston and performs reconnaissance and surveillance missions to assist commanders in planning and executing combat operations, the release said. The unit was last deployed for peacekeeping operations in Kosovo from September 2003 to September 2004. - KCCI.com

God Bless America and God Bless Our Troops! Keep them in your hearts always. Without their selfless acts we would not have the freedom we so take for granted. Freedom isn't free! Don't ever forget it!!
Posted by IHG at 1:26 AM No comments: